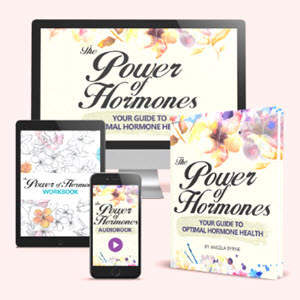 prostate tumors. Estrogen is a general term used to describe compounds that possesses estrogenic activity. However, they in turn can be subdivided into two groups: estrogens, which are functionalized derivatives of a steroid structure, and compounds that do not contain a steroid ring.

There are three natural human estrogens: 17//-estradiol, the most powerful estrogen that transforms into a weaker metabolite estron, and which in turn is metabolized to estriol.

17//-Estradiol is the main estrogen synthesized and secreted by normal female ovaries. Its oxidized analog, estrone, is secreted to a significantly lesser degree by premenopausal ovaries. The hormonal effect of estrogens on target tissues is based on a complex mechanism that includes their reaction with specific estrogenic cytoplasmic receptors. After binding with these receptors, a conformational change occurs, which results in the estrogen-receptor complex penetrating into the nucleus, where it disassociates and returns to its native condition. Estrogens are used for insufficient ovary function. Estrogen replacement therapy is used in agonadal, menopausal, hypothalamic, and amenorrheal conditions (i.e. in cases of primary hypogonadism and hormone therapy in postmenopausal women). Estrogens are also recommended for other clinical endocrine diseases if hypoestrogenism has been established. Estrogens are most widely used in combination with progestins in a number of oral contraceptive drugs. They are frequently used to prevent and treat osteoporosis, and as replacement therapy drugs for relieving a number of symptoms upon entering menopause. Estrogens are also used as antagonists of androgen in cases of androgen-sensitive forms of cancer.

Of the drugs that have steroid structures, estrone, estradiol, estriol, and ethinyl estradiol are used in medicine. Of the drugs with nonsteroid structures, sin-estrol, diethyl-stilbestrol, and chlortrianisene are used. Many drugs used for research purposes can be obtained from urine of pregnant females of pregnant animals. Synthetic drugs are often made from plant sterols—saponin, ergosterin, stigmasterin, and others, or from cholesterol or bile acids, by preliminary cleavage of their side chains to form the corresponding precursors for further syntheses. The synthesis of all main steroid hormones were realized. As an illustration, only the relatively simple full synthesis of estrone is shown below.

Estrone: Estrone, 3-hydroxyestra-1,3,5(10)-trien-17-one (28.1.9), has been made synthetically in various ways. According to one of the first and most simple schemes, synthesis was carried out in the following manner. Condensation of 3-methoxyphenylacetylene with bicyclohexane-1,5-dione in a Favorskii reaction conditions lead to the corresponding carbinol (28.1.1). The triple bond was reduced by hydrogen over a palladium catalyst, forming the tertiary alcohol (28.1.2), which was then dehydrated in acidic conditions to give the compound (28.1.3). Intramolecular alkylation of this compound in the presence of anhydrous aluminum chloride formed a tetracyclic ketone (28.1.4), which during condensation with benzaldehyde was transformed into an eneone (28.1.5). This was methylated at the /¡-position relative to the keto-group by methyl iodide in the presence of potassium tert-butylate, and the resulting compound (28.1.6) underwent ozonolysis, forming the dicarboxylic acid (28.1.7). Cyclization of this compound to a cyclopentanone derivative lead to the formation of methyl ester of the desired estrone (28.1.8), and demethylation of the phenolic hydroxyl group by hydrobromic acid formed the desired estrone (28.1.9) [1,2].

From PMS To PPD

The Stages Of A Woman’s Life Are No Longer A Mystery. Get Instant Access To Valuable Information On All The Phases Of The Female Body From Menstruation To Menopause And Everything In Between.