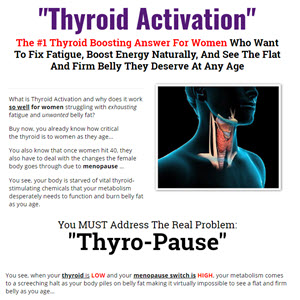 The M/P quotients of Carbimazole and thiamazol are about 1, With 40 mg Carbimazole daily, peak methimazole values of 0.72 mg/1 of milk were measured (Cooper 1984). A maximum relative dosage of 27% Carbimazole is calculated for the breastfed infant. On average, however, 2-10% of the weight-related dosage is more likely (survey by Bennett 1996).

With 5 mg thiamazol per day, up to 65 [ig/1 milk could be measured. Accordingly, an infant would receive up to 9.8 Kg/kg daily. This represents about 12% of the maternal dosage per kg bodyweight. In the plasma of breastfed twins, 45 and 53|ig/l - subtherapeutic levels - of thiamazol were found. The children had no symptoms, and their thyroid status was unremarkable (Rylance 1987).

With treatment using 400 mg propylthiouracil, a maximum of 0.7 mg/l was found in the mother's milk. For the infant this is at most 0.1 mg/kg, i.e. 1.5% of the maternal weight-related dosage in 24 hours. The M/P ratio is 0.1 (Kampmann 1980), In older studies in which the methodology was insufficient, M/P values of 12 were calculated. In a newer study of 11 children whose mothers took 300-750 mg daily, elevated TSH values were seen in 2 children 7 days after birth. However, these normalized over the course of time, although the maternal dosage remained stable or was even increased. No correlation was found between the maternal dosage or the maternal thyroid hormone FT4 on the one hand, and the infant's TSH on the other. Even with the highest daily dosage, there appears to be no risk for the breastfed baby (Momotani 2000).

Sodium perchlorate is a reserve thyrostatic. It blocks the thyroid by replacing iodine, and is used during scintigraphic studies of other organs with radioactive iodine. Sodium perchlorate blocks also the transport to the breast, where iodine accumulates (Janssen 2001). There is no experience of its use during breastfeeding.

Recommendation. Propylthiouracil is the thyrostatic of choice during breastfeeding, and should be used in preference to thiamazol and Carbimazole, especially when more than 10mg daily of either of these substances is required regularly. If the breastfeeding mother has been or still is being treated with a dosage in the upper therapeutic range, the thyroid parameter of the infant should be tested after about 3 weeks just to be safe. This also applies for propylthiouracil. Sodium perchlorate should not be used during breastfeeding. Thyroid hormones should not be given together with thyrostat-ics, because a higher thyrostatic dosage would be necessary.

While breastfeeding, the mother's iodine requirement is 260 |ig/daily. For infants aged up to 4 months, a daily intake of 50 ng iodine is recommended; for prematures Lhis should be 30 ng. Iodine supplementation must be ensured during breastfeeding in areas where iodine is deficient. This can be difficult to achieve by diet with iodized salt and weekly salt-water fish meals if the level of iodine in iodized salt is only l5-25|ig/g and below the amount needed, if iodized foods are still the exception, and if regular consumption of saltwater fish does not appeal. In these cases, supplemental iodine tablets must be taken to covcr the above-mentioned requirements. A newer study confirms that this supplementation significantly increases the iodine content in mother's milk, which tends to be too low. However, it does not always achicve this on a scale that is desirable. With prematures, the amount of iodine transferred with the milk every day could only be increased to 12 |.cg/kg (Seibold-Weiger 1999).

Iodine accumulates more significantly in mother's milk than any other medication studied to date. Different authors report M/P quotients between 15 and 65 with iodine products such as povidone iodine or the radioactive isotope iodine131. Up to 49% of the total maternal iodine131 dosage is excreted in the milk within 24 hours!

Inhibition of the infant's thyroid function (Wolff-Chaikoff effect) caused by high iodine dosage is possible if the child takes in 100 ng/kg daily, or has a plasma concentration of 250|>g/l (Schönberger 1982). The use of iodine-containing disinfectants such as povidone iodine over wide areas (Chanoine 1988), or potassium iodine as an expectorant, could lead to a relatively high dosage of free iodine in the mother's milk and cause inhibition of the infant's thyroid function. In a healthy, term, fully breastfed newborn, hypothyroid parameters were diagnosed on day 17. The mother was treated with iodoform gauze because of a rectal abscess. The laboratory findings normalized after the treatment was stopped. The clinically normal infant was temporarily treated with thyroxin supplementation (l'ltalien 2004).

Recommendation. Sufficient iodine supplementation (about 260 fig daily) should be attempted in the interests of both mother and child. A risk of iodine overload for the infant via the mother's milk should not be expected at this dosage level.