Other sources of electromagnetic radiation 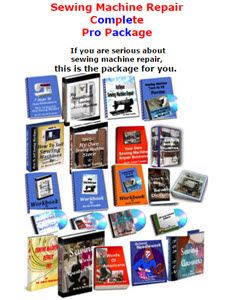 Proximity to electric current involves exposure to weak electromagnetic fields. Very low-frequency magnetic fields are generated by a large number of electrical appliances in the home and office (Brcysse 1994).

One of the highest exposure sources, both in homes and factories, is the sewing machine (Sobel 1994). There is a report of a weak association between childhood diagnosis of acute lymphoblastic leukemia and maternal work at home during pregnancy (Infante-Rivard 1995). Most of the pregnant women were thought to have used electric sewing machines, and thus exposed the fetus to electromagnetic fields. Childhood exposure to sewing machines or other factors in the home was also mentioned.

In a survey of 372 married couples in which the man worked at one of two Swedish power companies between 1953 and 1979, an increase in the incidence of congenital anomalies was found, but no pattern of anomalies (Nordstrom 1983). The mechanism by which these anomalies might have been transmitted via paternal exposure is not clear. However, in this study the finding could not be explained by confounding or reporting biases (Coleman 1988).

A seasonally related increase in spontaneous pregnancy loss was reported in users of electric blankets and heated waterbeds (Wertheimer 1986). The authors concluded that either thermal or electromagnetic field effects might be involved. Similar results were reported by the same authors following exposure to ceiling heating coils (Wertheimer 1989). A small increase in risk of pregnancy loss associated with clcctric blanket use at the time of conception and in early pregnancy has also been reported (Belanger 1998). A brief report on pregnant women with a history of subfertility implied that there was an association between electric blanket use and congenital urinary tract anomalies (Li 1995). However, an increased risk of congenital anomalies or fetal loss associated with electric bed heating was not confirmed by the results of an epidemiological study in New York State (Jansson 1993, Dlugosz 1992). Similarly, a comprehensive prospective study of 2967 pregnant women that included some use of personal monitors to measure exposure to electromagnetic fields did not find a biologically significant increase in risk in relation to birth weight and fetal growth retardation associated with the use of electrically heated beds (Bracken 1995). Overall, the majority of evidence indicates that reproductive and teratogenic effects of electromagnetic fields arc unlikely to occur in women under normal exposure conditions (Brent 1999B).

Concern has been expressed about the possible adverse effects on fetal development of living in an area close to high-voltage power lines. However, the results of studies in France and Norway did not identify an excess of congenital anomalies among children whose parents lived within 500 m of a high-voltage power line (Blaasaas 2004. Robert 1999, 1996, 1993). It was emphasized that the field strength drops rapidly with distance from the line, and that few people live directly below a power line. Therefore, most of the index children were exposed to electromagnetic field levels in utero that were not much different from those to which the non-exposed children were subjected. No significant association with residence within 100 or 50 m of a high-voltage power line was found in a subsequent study (Robert 1996).

Recommendation. As the majority of evidence indicates that reproductive and teratogenic effects of electromagnetic fields are unlikely to occur in women under normal exposure conditions, such exposures do not require any additional prenatal diagnostic intervention.