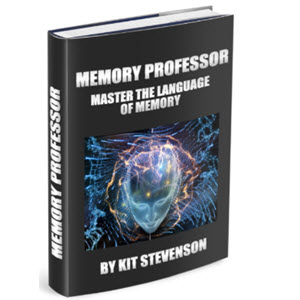 Over the last decades a multidisciplinary effort has been made in the search of the molecular and cellular mechanisms responsible for learning and memory. Most of these studies have utilised as a working hypothesis that postulated by Donald Hebb in 1949 which proposes that a given synapse would be strengthened when the pre and postsynaptic neurons were coinciden-tally activated. Today it is an almost universally accepted hypothesis that the storage of new information under the form of long term memories requires the occurrence of activity-dependent plastic mechanisms, such as those involved in long-term potentiation (LTP).1339,64, ,82,89 In the CA1 region of the hippocampus, LTP is triggered by changes in the frequency of intradendritic Ca2+ oscillations largely mediated through the NMDA type of glutamatergic receptor (rNMDA). This fact points to the necessity of molecular devices able to sense and

properly interpret variations in postsynaptic spine Ca2+ produced by the activation of the rNMDA. The demonstration that, at least in vitro, CaMKII is capable to decipher the message coded in the amplitude and duration of individual Ca2+ spikes and translates it into distinct amounts of autonomous activity, strongly suggests that this kinase could be such a molecular adaptor.20

Several evidences indicate that CaMKII has a prominent participation in the early phase of LTP and during the consolidation of different types of memories. In the CA1 region of the hippocampus, the induction of rNMDA-dependent LTP produces a rapid increase in both CaMKII autonomous activity and Thr 286 autophosphorylation.25,26 Postsynaptic injection of Ca2+/CaM induces synaptic potentiation requiring CaMKII activity111 and inhibition of postsynaptic CaMKII abolishes the induction of LTP 6 Tetanic stimulation increases dendritic synthesis and accumulation of CaMKII in hippocampal neurons77 and the injection of a truncated, constitutively active form of the kinase into CA1 pyramidal neurons results in an increase in the size of the excitatory postsynaptic currents and occludes subsequent LTP.58 Furthermore, targeted disruption of the aCaMKII gene impairs LTP.37

The use of transgenic technology together with both pharmacological and biochemical approaches have unequivocally demonstrated the requirement of CaMKII activation in the formation of memories for different associative training paradigms in a variety of animal models. Mutant flies, expressing a specific CaMKII inhibitor peptide under the transcriptional control of an inducible promoter, present serious learning deficits.32 In mice, expression of a constitutively activated Ca2+-independent form of CaMKII results in deficiencies in spatial learning and fear conditioning.67 Homozygous aCaMKII mutant mice exhibit impaired spatial learning90 and recently,24 it has been shown that although mice which are heterozygous for a CaMKII null mutation show normal memory retention for contextual fear and water maze task 1-3 days after training, these animals are amnesic for the mentioned paradigms when tested 10-50 days post-training.

In the rat, one-trial step-down avoidance learning is associated with a rapid and specific increase in hippocampal CaMKII activity14 and, pharmacological evidences indicate that its participation is restricted to a narrow posttraining time window and involved, mainly, with events related with the consolidation of long-term memories. For long-term retention of the avoidance response measured 24 hs posttraining, the intrahippocampal infusion of a CaMKII blocker causes full retrograde amnesia only when given immediately after the acquisition session; 30 min posttraining, CaMKII inhibition produces just partial amnesia and, interestingly, no effect at all in long term memory formation is observed when the drug is administered 2 or 3 hrs posttraining1 5 or when short term avoidance memory is measured 90-120 min after training.42 Passive avoidance,122 but not imprinting,93 also induces CaMKII phosphorylation in the chick intermediate medial hyperstriatum ventrale (IMHV) and lobus parolfactorius (LPO) and Tan and Liang have reported an increase in amygdalar CaMKII activity after training rats in a step-through inhibitory avoidance learning task.103 The same group has published evidence indicating that the Morris water maze training task induces CaMKII activation in the rat hippocampus and that the retention of the memory associated with this paradigm is positively correlated with the levels of hippocampal CaMKII autonomous activity.102

Much less is known about the participation of CaMKII in the formation of nonassociative memories, though, using one of the most elementary nonassociative learning tasks, the behavioural habituation to a novel environment, we have found that blockade of hippocampal CaMKII at two different time periods, one around training and the other 3 hrs after, impairs spatial habituation.41'109 Interestingly, inhibition of other hippocampal signalling pathways such as PKA, ERK1/2 and PKC, which are crucially involved in many hippocampal-dependent associative tasks (see chapters by Nugues et al, Vianna and Izquierdo, and Selcher et al in this book), has no effect on long-term memory of habituation.

In contrast to memory acquisition and consolidation, the information about the molecular mechanisms of memory retrieval, and particularly the role of CaMKII in this process, is surprisingly scarce and fragmentary. Using the one-trial inhibitory avoidance task, we found that pretest inhibition of CA1 CaMKII with doses of KN-62 that fully block memory formation when given immediately after training,115 does not alter retention test performance.100 It is noteworthy that blockade of rNMDA prior to the test session also produces no effect on memory retrieval, indicating that some hippocampal mechanisms which are crucial for encoding and/or consolidation (rNMDA and CaMKII), are apparently not involved in retrieval (see ref. 70, 100 and below).

Is hippocampal CaMKII involved in the core mechanisms of memory processing? The answer to this question seems to be "yes". Several pharmacological interventions enabled a distinction between core and modulatory mechanisms in memory formation (Fig. 2). For example, memory deficits produced by treatments that act upon modulatory systems, such as electroconvulsive shock or systemic P-endorphin, can be attenuated by treatment with different drugs and hormones. Conversely, amnesia produced by inhibition ofhippocampal CaMKII cannot be reverted by the subsequent administration of neither PKA activators into the CA1 region of the hippocampus nor by systemic ACTH or vasopressin given at the time of retrieval, three well-known treatments that enhance memory expression.6,43

CaMKII is able to translocate to the PSD in an activity-dependent manner and it is believed that in this subsynaptic specialisation is where CaMKII plays its more important "plastic" role. CaMKII phosphorylates several PSD-associated substrates, like, among others, PSD-95 (a member of the membrane-associated guanylate kinase family of proteins which constitutes a core component of the PSD),119 the GluR1 subunit of the AMPA receptor (rAMPA)62 and the NR2A/B subunits of the rNMDA,16 altering the properties of some of them in a way that is thought to contribute to the establishment of LTP (see below). In the PSD, CaMKII is able to associate with different binding partners, including densin-180 (a transmembrane glycoprotein member of the LAP [leucine-rich repeat (LRR) and PDZ (PSD-95, Dlg, Z0-1)] family of proteins implicated in the organisation and subcellular sorting of multimolecular complexes),110 F-actin3 and, fundamentally, with the rNMDA. Binding of aCaMKII to the NR2B subunit has been reported to require Thr 286 autophosphorylation96 and several studies have indicated that dephosphorylation of CaMKII promotes its release from the PSD, an event that is mainly mediated by protein phosphatase 1 (PP1).97,120 At this respect, a recent and exciting work from Waxham's group, presents experimental evidence backing the intriguing hypothesis postulating that CaMKII could have an intrinsic ADP-dependent, phosphatase inhibitor-independent autodephosphorylating activity which targets the Thr 286 site and abolishes its Ca2+/CaM autonomous activity.5

Interestingly, studies using green fluorescent protein-tagged CaMKII have demonstrated that NMDA-stimulated translocation of this kinase to the PSD, although stimulated by Ca2+/ CaM and indirectly prolonged by autophosphorylation, does not require this posttranslational modification.86 In a recent report, Schulman's group has elegantly solved these apparent discrepancies.7 The authors showed that NR2B contains two different CaMKII binding regions: an autophosphorylation-dependent binding site (NR2B-P) and a Ca2+/CaM-regulated interacting motif (NR2B-C), mapping within residues 839-1120 and 1120-1482 of NR2B, respectively. Binding of CaMKII to NR2B-C increases its affinity for CaM similarly to what happens after autophosphorylation. This effect is mimicked by a short sequence contained within residues 1289-1310 of NR2B-C, which is homologous to the segment surrounding Thr 286 in the autoinhibitory domain of aCaMKII. The interaction of CaMKII with this region

Figure 2. Postsynaptic effects of CaMKII activation during plastic events. As a consequence of glutamate-enhanced exocytosis from the presynapse, the postsynaptic terminal is strongly depolarized through the activation of AMPA receptors (rAMPA). This results in the removal of the Mg2+ block from the NMDA receptor (rNMDA), allowing an increase in the Ca2+ influx into the postsynaptic neuron. The elevation of the intradendritic Ca2+ levels induces, in turn, the formation of Ca2+/calmodulin (Ca2+/CaM) complexes and the Thr 286 autophosphorylation of CaMKII, which translocates to the post-synaptic density where it interacts, among others, with the rNMDA. Once there, CaMKII phosphorylates the GluR1 subunit of the rAMPA at Ser 831, increasing the conductance of the receptor-associated channel. Different sources indicate that the activation of this kinase is a necessary step in the cascade of events that conclude with the insertion of rAMPA into formerly silent synapses. CaMKII also promotes the rNMDA-dependent activation of the ERK cascade through the inhibitory phosphorylation of the Ras-GTPase activator, p135 SynGap (SynGaP), contributing to the ERK-mediated gene expression. Although controversial, there exist some evidence indicating that CaMKII could directly up-regulate transcription through the phosphoryla-tion of the transcription factors ATF-1 and CREB. See the text for further details.

Figure 2. Postsynaptic effects of CaMKII activation during plastic events. As a consequence of glutamate-enhanced exocytosis from the presynapse, the postsynaptic terminal is strongly depolarized through the activation of AMPA receptors (rAMPA). This results in the removal of the Mg2+ block from the NMDA receptor (rNMDA), allowing an increase in the Ca2+ influx into the postsynaptic neuron. The elevation of the intradendritic Ca2+ levels induces, in turn, the formation of Ca2+/calmodulin (Ca2+/CaM) complexes and the Thr 286 autophosphorylation of CaMKII, which translocates to the post-synaptic density where it interacts, among others, with the rNMDA. Once there, CaMKII phosphorylates the GluR1 subunit of the rAMPA at Ser 831, increasing the conductance of the receptor-associated channel. Different sources indicate that the activation of this kinase is a necessary step in the cascade of events that conclude with the insertion of rAMPA into formerly silent synapses. CaMKII also promotes the rNMDA-dependent activation of the ERK cascade through the inhibitory phosphorylation of the Ras-GTPase activator, p135 SynGap (SynGaP), contributing to the ERK-mediated gene expression. Although controversial, there exist some evidence indicating that CaMKII could directly up-regulate transcription through the phosphoryla-tion of the transcription factors ATF-1 and CREB. See the text for further details.

The association of CaMKII with the rNMDA can also be attained through its interaction with the NR2A subunit. The group of Di Luca at the University of Milan has identified a sequence present in the cytosolic C-terminus of NR2A (residues 1412-1419) that is able to specifically bind CaMKII.27 This sequence contains a PKC phosphorylation site (Ser 1416) and the authors showed that the phosphorylation of this residue decreases aCaMKII binding to the rNMDA without affecting the total amount of CaMKII present in a triton-insoluble subcellular fraction from rat hippocampus. Moreover, PSD-95, which directly interacts with the rNMDA and induces clustering of channel proteins into the PSD, competes with CaMKII for binding to the NMDA receptor complex.28 At this regard, and using rNMDA subunit-deficient mice, it has been recently shown that the activation of CaMKII that occurs in the lateral/basolateral amygdala after retrieval of an auditory fear conditioning memory, involves the NR2A subunit, suggesting the existence of a functional association between this subunit and the up-regulation of the CaMKII cascade that follows the expression of a mnemonic trace.70

The results mentioned above, together with those describing that the synaptic clustering of aCaMKII is totally dependent on an intact actin cytoskeleton,3 indicate that the localisation of CaMKII close to the postsynaptic receptor machinery is a highly and finely tuned process that requires the concerted participation of several kinases, phosphatases and scaffold proteins. The fact that CaMKII is able to phosphorylate several of its binding partners indicates that the enzyme could be capable to modulate its own rate of association, modifying some of the properties of its interacting proteins. This hypothesis is further supported by findings showing that CaMKII phosphorylation of PSD proteins inhibits its own translocation.120