Cannabinoids immunoassays for each type of biological matrix have to be designed and interpreted in the context of A9-THC absorption and metabolism. The

Fig. 1. Chemical structure of naturally occurring cannabinoids. 21 CFR 862.3870 defines a "cannabinoid test system" as "a device intended to measure any of the cannabinoids, hallucinogenic compounds endogenous to marihuana, in serum, plasma, saliva, and urine. Cannabinoid compounds include A9-tetrahydrocannabinol, cannabidiol, cannabinol, and cannabichromene. Measurements obtained by this device are used in the diagnosis and treatment of cannabinoid use or abuse and in monitoring levels of cannabinoids during clinical investigational use."

Fig. 1. Chemical structure of naturally occurring cannabinoids. 21 CFR 862.3870 defines a "cannabinoid test system" as "a device intended to measure any of the cannabinoids, hallucinogenic compounds endogenous to marihuana, in serum, plasma, saliva, and urine. Cannabinoid compounds include A9-tetrahydrocannabinol, cannabidiol, cannabinol, and cannabichromene. Measurements obtained by this device are used in the diagnosis and treatment of cannabinoid use or abuse and in monitoring levels of cannabinoids during clinical investigational use."

pharmacokinetics, metabolism, and excretion profiles of cannabinoids have been comprehensively studied and reported (20,21,23,54-58,61-76). THC is known to be extensively metabolized to a large number of compounds, even though most of the compounds are inactive (73-77). As shown in Fig. 2, A9-THC is mainly hydroxylated

at the allylic positions (C-11 and C-8) and further oxidized. Oxidation also occurs at the pentyl side chains. Similar biotransformation pathways exist for AS-THC (C-7 and C-11) and other cannabinoids. Smaller quantities of other metabolites are produced by minor metabolic pathways.

It has been well established that the oxidative metabolism of aliphatic, benzyl, phenylethyl, and allylic alcohols to the corresponding carbonyl compounds is catalyzed by numerous cytochrome P450 (CYP) enzymes with overlapping substrate specificity (74-77). In human liver microsomes, the C-11 position of THC is metabolized by CYP2C subfamilies, and the C-7 and C-8 positions are metabolized by the CYP3A isoforms. Pharmacogenetic studies have demonstrated the significant interindividual variations in CYP-catalyzed metabolism. Metabolite composition varies with specimen source and experimental conditions. The presence of various amounts of metabolites in a given biological matrix and their relative binding affinity to the given antibodies may both contribute to different degrees of cumulative total binding activities for different immunoassays.

Initial metabolism following inhalation takes place in the lungs and liver to 11-hydroxy-A9-THC (11-OH-THC), which is subsequently oxidized in the liver through 11-oxo-THC as an intermediate to 11-nor-A9-tetrahydrocannabinol-9-carboxylic acid (THC-COOH) and other inactive metabolites. The major THC metabolite in plasma and urine following smoking is THC-COOH, whereas a higher level of 11-OH-THC is present in blood after oral ingestion (61-70). In frequent smokers, residual levels of THC and THC-COOH have been detected for an extended period of time after cessa tion of drug use. Most commercial cannabinoid immunoassays are calibrated with the major metabolite, THC-COOH, but also have to meet the product design specifications for the antibody cross-reactivities with THC drug and other THC metabolites (e.g., 8-a-hydroxy-A9-THC, 8-|3-hydroxy-A9-THC, 8-|3,11-di-hydroxy-A9-THC, and 11-OH-THC). Although immunoassays developed for urinalysis can be adapted for alternative specimen testing, the cross-reactivity characteristics selected for urine drug screening may not be optimal for other biological matrices. The antibody reactivity with the parent A9-THC is especially important for oral fluid testing.

Glucuronic acid conjugation with A9-THC and its hydroxylated and carboxy-lated metabolites generates water-soluble compounds; thus THC-COOH and other metabolites are mainly excreted as their glucuronide conjugates in urine and meco-nium (78-86). In routine cannabinoid urinalysis, presumptive positive samples are confirmed by GC/MS detection of free THC-COOH, which was liberated from its glucuronide by chemical or enzymatic hydrolysis prior to sample extraction. Kemp et al. (83) evaluated different hydrolysis methods in the quantification of A9-THC and its major metabolites in urine and demonstrated the inefficiencies of base hydrolysis on the hydroxylated compounds. There is a species-dependent glucuronidase activity; hydrolysis with Escherichia coli glucuronidase greatly increased the concentration of free A9-THC and free 11-OH-THC in urine collected following marijuana smoking. The concentration of free THC-COOH was not significantly affected by hydrolysis method.

Gustafson et al. (81) analyzed plasma samples collected in a controlled oral A9-THC administration study and found increases of 40% for 11-OH-THC and 42% for THC-COOH concentration between hydrolyzed and nonhydrolyzed results. ElSohly and Feng (79) compared the effect of hydrolysis on the detection of A9-THC metabolites in meconium and demonstrated significant levels of 11-OH-THC and 8-P,11-diOH-A9-THC after hydrolysis but none without hydrolysis. Among the samples examined, one showed an almost 50% increase in THC-COOH concentration as a result of enzymatic hydrolysis. Analysis of several meconium specimens that "screened positive for cannabinoids but failed to confirm for THC-COOH" showed significant amounts of 11-OH-THC and 8-|3,11-diOH-A9-THC. Hence, the authors suggested that GC/MS confirmation of cannabinoids in meconium should include analysis for these metabolites in addition to THC-COOH.

The ratio of glucuronidated vs free THC-COOH in the sample at the time of immunoassay analysis may influence the comparative immunoassay evaluation. Employing LC/MS/MS with and without enzyme hydrolysis, Weinmann et al. (86) determined that the molar concentration ratio of glucuronidated vs free THC-COOH in urine samples of cannabis users was between 1.3 and 4.5. In studying the profiles of THC metabolites in urine, Alburges et al. (78) observed that all of the THC-COOH excreted in the first 8 hours from an infrequent user was in conjugated form, whereas free THC-COOH could be detected in urine from a frequent user for at least 24 hours. Skopp et al. (84,85) investigated the dynamic changes of free vs conjugated THC-COOH in urine and found that free THC-COOH was not detected in 20 out of 38 fresh, authentic samples. At the end of the observation period, 5-81 ng/mL of THC-COOH was detectable in 11 samples that initially tested negative. The results showed that THC-COOH and THC-COOglu, as well as total THC-COOH concentrations, might undergo dynamic changes in urine samples depending on pH and storage conditions (85). THC-COOH is the primary urinary cannabinoid analyte quantified by GC/MS after hydrolysis and extraction. In contrast, immunoassays are calibrated for THC-COOH detection, and the antibodies generally have variable degrees of cross-reactivity towards the glucuronidated metabolites.

By and large, the immunoassay result is based on the sum of various levels of antibody immunoreactivities in the sample matrix tested. The overall reactivity (as expressed in apparent THC-COOH concentration or calibrator-equivalent unit) can be affected by various factors. Among the pivotal factors is the design of the chemical structures for both the drug derivatives for reagent conjugation and the immunogens used for antibody generation. 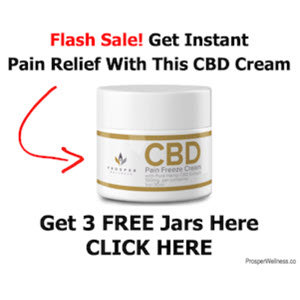