Step TWo: Use a vent fan that will remove the total volume of air in the room in less than five minutes. Buy a fan that can easily be mounted on the wall or "in line" in a duct pipe. Quality "in line" fans move much air and make very little noise. It's worth spending the extra money on an "in line" fan. Small rooms can use a fan that can be attached to a flexible 4-inch (12 cm) dryer hose. Many stores sell special ducting to connect highspeed squirrel cage fans with the 4-inch (12 cm) ducting.

Step Three: Place the fan high on a wall or near the ceiling of the grow room so it vents off hot, humid air.

An activated charcoal filter is attached to a vent Ian. The air is cleaned before leaving the grow room.

An activated charcoal filter is attached to a vent Ian. The air is cleaned before leaving the grow room.

Step Four: If possible, cut a hole in ihe wall, and and seriously diminish airflow, secure the fan in place over the hole. Most loca- Step Seven: Another option is to vent the air tions require special installation. See:--——-—-------

Step Five: To place a fan in a window, cut a 0.5-inch (1.5 mm) piece of plywood to fit the windowsill. Cover window with a lightproof dark-colored paint or similar covering. Mount the fan near the top of the plywood so it vents air out of the grow room. Secure the plywood and fan in the windowsill with sheet rock screws. Open the window from the bottom.

Step Six: Another option to make a lightproof vent is to use -4-inch (12 cm) flexible dryer ducting. Vent the hose outdoors, and attach a small squirrel cage fan to the other end of the ducting. Make sure there is an airtight connection between the fan and hose by using a large hose clamp or duct tape. Stretch the flexible ducting so it is as smooth as possible inside. Irregular _ . ,. .. . . .

, . , , Can carbon filters are available in many sizes and are a interior surfaces cause air turbulence popuiar brand

Air How and volume cue diminished when they turn corners.

Air is deodorized by an ozone generator that is inside this ducting, up the chimney or into the attic where light leakage and odor are seldom a problem. If using the chimney for a vent, first clean out the excess ash and creosote. Tie a chain to a rope. Lower the chain down the chimney, banging and knocking all debris inside to the bottom.

Air How and volume cue diminished when they turn corners.

There should be a door at the bottom to remove the debris. This door is also used as the exhaust vent.

Step Eight: Attach the fan to a thermostat/humidistat or other temperature/ humidity monitor/control device to vent hot, humid air outside. Set the temperature on 75°F (24°C) and the humidity on 55 percent in flowering rooms and 60 to 65 percent in vegetative rooms. Most control devices have wiring instructions. More sophisticated controllers have built-in electrical outlets, and the peripherals are simply plugged into them.

Step Nine: Or attach the vent fan to a timer and run it for a specific length of time. This is the method used with CO; enrichment. Set the fan to turn on and vent out used CO,-depleted air just jijfcL before new CO/rich air is injected. ( f:i

A small (an placed in a window box removes smelly air 24 hours a day.

A small (an placed in a window box removes smelly air 24 hours a day.

Here is a charcoal filter without the outer dust (ilter. The in-line fan adds extra suction to pull and push air through flexible ducting before it meets the extraction fan at the end of the duct.

E Ninety different strains from Holland were grown out in a Colombian breeding program.

Cuttings, or ctones, token from the same parent and grown under the same conditions are identical.

Chimera is without a doubt one of the most dedicated and knowledgeable people working with cannabis today; he brings a passion to cannabis breeding and research not often seen in the industry. Founder of Chimera Seeds, he has produced some excellent varieties of cannabis including 'C4', 'Frostbite', 'Calitahr' and 'Schnazzleberry'.

Chimera is a weil-educated individual, who, for years has tried to understand cannabis and haw it functions in the brain. This path has seen him through a B Sc. Neuroscience, and post graduate research in the field of Biotechnology and Plant Sciences. He works on the cutting edge of cannabis research, and will certainly bring many new ideas and technologies to cannabis, over the years to come.

I am very pleased to present Chimera's contribution to this book in the form of this breeding chapter, as he takes the mystery out of breeding and does a great job of simplifying a very complex subject. Thanks, Chimera, for your contributions!

This chapter explains the basic biological processes of sexual propagation in cannabis and the formation of a new generation of seed. Armed with the information in this chapter, any grower will be able to design and begin a rudimentary breeding program and create new generations of seed for future use. These new populations make up a pool of genetic material from which superior individual plants can be selected for production (cloning stock) or for use in breeding programs. It is difficult for small growers to breed better varieties than are available from premium seed companies; however, for the many seed-starved growers who reside in prohibitive societies, making seeds for future use is often a necessity.

Cannabis can be reproduced asexually or sexually. Asexual propagation is more commonly referred to as taking cuttings, or cloning. Branches or growth shoots are removed from chosen donor plants and induced to form roots in a separate medium; these rooted cuttings are then used to plant a uniform crop of genetically identical individuals. Most commercial and

many hobby growers propagate their crops asexually to ensure uniformity in growth, yield, and consistency of product in their crops. By planting gardens of genetically identical cuttings from their favorite pre-selected mother plants, growers are able to maintain an even garden profile, produce a consistent, known quality and quantity from each plant, and expect that all plants will mature at the same time. This ensures the same consistent, quality product from consecutive crops, as long as the same high-quality clones are used for each planting, Gardens propagated solely from clones are the most productive and consistent.

Sexual propagation is the process in which male and female sex cells (gametes) from separate parents unite in the female plant to form what will eventually mature into a new, genetically distinct individual. This process occurs when pollen from a male (staminate) parent unites with an ovule within the ovary of a female flower to create an embryo. This embryo, when mature and fully developed, will become a seed.

Each seed is genetically unique and contains some genes from each of its parent plants. Offspring grown from seed are most often different in some way from each other, just as brothers and sisters share some physical qualities of each of their parents, but are rarely identical to their parents or siblings. Because of this variation in plant traits and characters, breeders are able to use sexual reproduction to their advantage by crossing different individuals within a population or family, or hybridizing unrelated lines and subsequently inbreeding the progeny, This results in a phenomenon known as recombination of traits, and it allows breeders the possibility to recover individuals with a combination of the positive traits of both parental lines, all the while selecting plants that do not express the negative aspects. These selected plant stocks are then used as a basis to develop new and improved varieties.

A single male flower on a predominately female plant will release modi pollen.

Distinguishing between male (staminate) and female (pistillate) plants is easy. Male plants are distinguished by the appearance of "pollen sacks," or anthers, that grow from branch unions. Anthers look similar to a cluster of grapes or a collection of miniature lobster claws growing upwards and inverted from the branch union. Males typically begin to produce these flowers one to four weeks before the females of the same variety, and often bolt, or stretch, when they enter their floral development stage. Females can be distinguished by the development of two whitish hairs, or stigmas, which develop as part of the pistil-the female flower that appears in branch unions or "nodes."

Cannabis is an interesting species, in that it is one of the only annual plants that produces each of the male and female sexual organs on different individuals. This is a condition known as dioecy; dioecious plant groups contain individual plants that are either male (staminate; stamen bearing) or female (pistillate; pistil bearing). Dioecy is a hallmark of a cross-pollinating species; under normal conditions, cross-pollinated plants (outcrossers) are only able to fertilize other individuals, which has implications we will discuss later.

These monoecious varieties are mainly used for hemp seed production, as they generate the highest yield of seed per acre. Monoecy is not a desirable trait for drug cultivation, where seedless cannabis, or sinsemilla, is sought.

Plants exhibiting both staminate and pistillate flowers are most often referred to as "hermaphrodites" by drug cannabis cultivators but are more correctly referred to as intersex plants. Intersex plants are a problem for growers who wish to produce seedless cannabis for consumption; just as seedless grapes or oranges are more desirable to consume, the same is true for cannabis. Having to remove the seeds from cannabis flowers prior to consumption is an inconvenience, and burning seeds taste bad and can ruin the smoking or vaporizing experience. We wilt discuss intersex plants in more detail later in the chapter.

Continue reading here: The creation of a seed 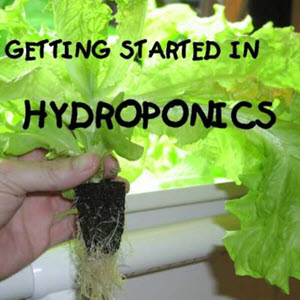 Quit Marijuana The Complete Guide, How to setup an indoor Hydroponic Grow Room