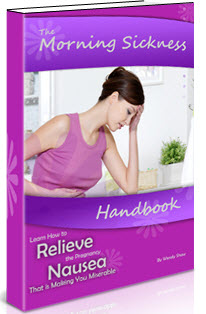 There have been limited data on the extent of herbal consumption during pregnancy, but from the analysis of the available studies this consumption ranges from 7.1 to 50%.

A series of surveys conducted in Finland between 1985 and 1988 showed a rise in the use of alternative medicines (mostly herbal products) from 4 to 15% [16].

A small Australian series published in 1996 suggested that 15% of patients in an emergency department had taken herbal preparations during pregnancy [17].

Another study performed in South Africa showed that 43.7% of 577 women had used herbal products during pregnancy, mostly in the second trimester, to improve foetal conditions or to make labour easier [10].

A survey of 500 American midwives showed that approximately half were using herbs with the purpose of inducing labour [18], with evening primrose, red raspberry, castor oil and blue cohosh being the most commonly used.

A survey conducted among 1200 pregnant Nigerian women demonstrated that 12.1% consumed native herbs, with a prevalent use among nulliparous women (42%) [19].

Another survey of 200 pregnant US women demonstrated that 15% used herbal products (mostly ginger, chamomile and cola) in an attempt to relieve morning sickness [20].

Twenty-two out of 242 (9.1%) pregnant US women attending antepartum visits reported to have taken at least one herbal product, with garlic, aloe, chamomile, ginger, Echinacea and ginseng being the most frequently used [11].

Similar findings were observed in another US survey, where 20 out of 150 pregnant women (13%) had used dietary supplements, mostly Echinacea and ginger: the most commonly cited reason for starting to use an herbal product was to relieve nausea and vomiting [12].

Two hundred eleven pregnant women attending the antenatal clinic of the Women's and Children's Hospital of Adelaide (Australia) were interviewed to assess herbal use. Throughout their entire pregnancy, 71 out of 211 (33.6%), 43 out of 211 (20.4%) and 49 out of 211 (23%) of the women took at least one herbal product in the first, second and third trimester respectively. Ginger was used by about a fifth of women in the first trimester to treat morning sickness. Chamomile replaced ginger as the main herbal product taken in the second trimester. Raspberry leaf, the most frequently used herbal preparation in the third trimester, was taken mainly to prepare for labour [21].

Another survey was carried out among 305 patients presenting at an Australian antenatal clinic at 16 to 24 weeks gestation. The study showed that 37 out of 305 (12%) women used herbal products. The most commonly used herbal treatments were raspberry leaf, ginger and St John's wort to prevent miscarriage and to treat morning sickness and depression respectively [22].

Among a sample of 1203 pregnant women who answered to a questionnaire on phytotherapy consumption, 7.1% used herbal products, mostly Echinacea, St John's wort and Ephedra. This use was more common among women over 40 years old and in 46% of cases was based on a health-care provider's advice [13].

Four hundred women who gave birth at Ulleval University Hospital of Oslo (Norway) were interviewed about the use of herbal products. One hundred forty-four women (36%) had used at least one herbal product during pregnancy, in total 249 products containing 46 different herbs. The most commonly used herbs were Echinacea, iron-rich herbs, ginger, chamomile and cranberry. The proportion of use increased throughout the first, second and third trimesters of pregnancy. Approximately 40% of the women had used herbal products that were considered possibly harmful or without any information about safety in pregnancy. Only 11.8% of the women had been recommended herbal use by healthcare providers [23].

Among a sample of 500 Australian women, 36% took at least one herbal product during pregnancy. The most common herbs taken were raspberry leaf as uterine tonic, ginger to relieve nausea and chamomile for sleep or relaxation [24].

Ever wondered what Chinese medicine is all about and whether it works? Thinking about consulting a practitioner but want to know some facts first? Look no further! Here's your chance to purchase an in depth and fully comprehensive eBook on anything and everything to do with this ancient philosophy.