Reported as a hallucinogen from Chile (Taique) and southern Colombia (Borrachero = "intoxicant").

In connection with research on the so-oalled Aya-huasca analogs, a species of Reed Grass has been discovered that has a high DMT content and can be used psychoactively.

An extract is made from the leaves, in combination with This grass contains many indole alkaloids, especially Peganum harmala, it has visionary effects, and can be N,/V-DMT,5-MeO-DMT,MMTand [sometimes] gramine. drunk as a substitute for Ayahuasoa DMTand 5-MeO-DMT have very strong psychedelic effects, while gramine is very toxic.

The Sen Indians of Sonora consider Saguaro efficacious against rheumatism

The fruit of Carnegiea is valued as food and in wine-making.

Tabernaemontana crassa is used in West Africa as a narcotic in traditional medicine. T. dichotoma is used for its psychoactive effects in India and Sri Lanka.

7 he seeds of T. dichotcma are used as a hallucinogen. Most varieties contain ibogaine-like alkaloids (such as Unfortunately, very little is known about this interesting voacanijine), which have very strong hallucinogenic and vision-inducing effects.

The use of T. pachanoiappears to be primarily for divination, diagnosis of disease, and to make oneself owner of another's identity.

Short pieces of the stem are sliced and boiled in water for several hours. Several other plants, Brugmansia, Pernettya, and Lycopodium, for example, are sometimes added.

A species of Pandanus is said to be used for hallucinogenic purposes, while others are known to be valued in folk medicine, in magic, and for ceremonial purposes.

It has recently been reported that natives of New Guinea employ the fruit of a species of Panaanus.

Dirr.ethyltryptamine (DMT) has been detected in an a! kaloid extract. Eating substantial amounts of the nuts is said to cause an "outbreak of irrational behavior" known as Karuka madness among local peoplr

Shang-la is a well-known medicinal plant in China. It was reportedly used by sorcerers, who valued its hallcinogenic effects.

The flowers and roots enter Chinese medicine: the former for treating apoplexy, the latter for external use only.

The toxicity and hallucinogenic effects of Shang-la are commonly mentioned in Chinese herbals.

Taken by the Indians of Ecuador to induce a sensation of'light.

The dried herb is smoked.

Phytochemical studies of Petunia are lacking. The plant is said to induce a feeling of flying.

Recent reports suggest that the fruit may purposefully be eaten to induce intoxication.

The fruit is eaten.

The chemistry is still poorly known.

Lévitation or sensations of soaring through the air.

This herb is smoked in Brazil and Chiapas as a substitute for Cannabis.

The flowering herb is dried and smoked alone or mixed with other plants. One to 2 g of the dried plant Is an effective dose.

Mexican natives report that Sinicuichi possesses supernatural virtues, but the plant does not appear to be taken ritually or ceremonially.

Some natives assert that it helps them clearly to recall happenings of long ago—even prenatal events.

In the Mexican highlands the leaves of H. saiicifoiia are slightly wilted, crushed in water, and then allowed to ferment into an intoxicating drink.

Alkaloids of the qulnolizidine type have been isolated among them cryogenine (vertine), to which the psychotropic activity may be attributed.

The beverage induces giddiness, a darkening of the surroundings, shrinkage of the world around, and a pleasant drowsiness. Auditory hallucinations may occur with voices and distorted sounds that seem to come from far away.

These herbs are used by native doctors "for inhaling to The dried herb is smoked induce trances."

Coumarins and diterpenes are reported, but no constituents with hallucinogenic properties have been isolated.

In large doses, visual hallucinations and other effects similar to those of LSD may occur.

Syrian Rue has many uses in folk medicine, as well as being valued as an aphrodisiac. Often used as incense.

The plant possesses undoubted hallucinogenic principles: p-carboline alkaloids—harmine, harmaline, tetra-hydroharmine, and related bases known to occur in at least eight families of higher plants. These constituents are found in the seeds.

Known to be employed as a hallucinogen it has been Eating of the fruit, suggested that Pernettya has played a role in magico-religious ceremonies in South America—a still unpro-ven claim.

The chemistry of the toxic fruits of both P. furens and P. parvifolia, which cause mental confusion and even insanity, is not yet elucidated.

Medicine men of the Kamsa tribe drink a tea from the Tea made from the leaves or fruit, leaves for the purpose of diagnosing disease or when they "want to dream"

Nothing is as yet known of the chemistry of D.spinom Visions are experienced and some of the medicine men assert that they temporarily "go crazy" under its influence. 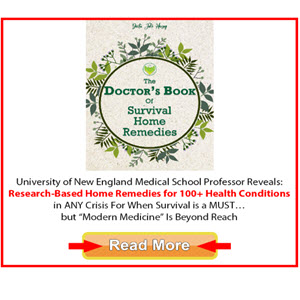