Despite the decades of awareness, and the introduction of newer therapies and treatment regimens, overall lung cancer survival rates remain low, and the urgency of replacing conventional approaches with novel or combination therapies exhibiting enhanced anti-cancer efficacy is now being recognized. The most telling statistic regarding lung cancer is that the annual number of deaths attributed to this disease continues to rise with each passing year (Fig. 1). This dual lack of success in both lung cancer treatment and prevention has garnered increasing attention with not only the popular media, but also among policy makers, recently prompting the U.S. Congress to declare lung cancer a national public health priority and eliciting a call for an inter-agency attack on the primary cause of cancer death.

Apart from the inexorable increase in overall lung cancer deaths, another consideration is the shift in the frequency among the different types of lung cancer. Adenocarcinoma has emerged as the most recurrent histologic type (50%) while squamous, previously the most common, presently accounts for approximately one-third of lung cancers, and 15% of cases are attributed to small-cell lung cancer (SCLC) (1). Furthermore, non-small cell lung cancer (NSCLC) consists of varying histologies; however, the approaches to diagnosis, staging, prognosis, and treatment

Figure 1 No declines in lung cancer deaths have occurred in the past 15 years.

remain similar between the different types. Current guidelines from the National Cancer Institute of the National Institutes of Health indicate the following approaches and associated prognosis may be expected: patients with resectable disease may be cured by either surgery or surgery with adjuvant chemotherapy; local control can be achieved with radiation therapy in a large number of patients with unresectable disease, though cure is seen only in a small number of patients. Patients with locally advanced, unresectable disease may have long-term survival with radiation therapy coupled with chemotherapy. Patients with advanced metastatic disease may achieve improved survival and palliation of symptoms with chemotherapy. Unfortunately, diagnosis is often made late, by which time surgical resection is no longer a viable option. Chemotherapy has produced short-term improvement in disease-related symptoms (2). However, chemotherapy for the treatment of NSCLC has been the source of much heated debate, with issues ranging from the toxicity to patients and the economic burden imposed upon the community (2). Second-line chemotherapy for NSCLC is also under discussion as most cases of NSCLC tend to relapse after first-line chemotherapy. The major issue is, again, not only whether second-line chemotherapy is effective, but perhaps equally important for individual patient care, health providers, and funding agencies, whether it is cost-effective. It has been suggested that no current evidence exists in support of second-line treatment of patients with poor performance status (3). In SCLC, the positive impact of chemotherapy is well documented, and compared to supportive care for extensive SCLC, chemotherapy prolongs mean survival (between 66 and 79 days) in patients with advanced SCLC, although a detailed study on the effect on the patients' quality of life remains largely unexplored (4).

Unfortunately, chemotherapy in advanced lung cancer, the most commonly presented staging, has encountered a plateau, and there exist few differences among the various combinations of drugs currently employed. Administered via intravenous injection, the current treatment of advanced SCLC and NSCLC with combination chemotherapy is characterized with the highly undesirable triumvirate of being nonspecific, nonselective, and toxic (5,6). The primary issue is the limitation of the dose that can be successfully delivered to the patient per treatment. Due to non-specific interactions with all tissues following systemic administration, severe toxicity limits the dose that a patient may be given, resulting in low concentrations of the chemotherapy agent at the target tumor site, and yielding ineffective killing of tumor cells. Second, when administered as an infusion, chemotherapy agents are only present at locally high concentrations for a very brief time period. Considerable evidence suggests that this pharmacokinetic profile leads to poor tumor penetration, resulting in rapid repopulation of tumor cells during periods where the cytotoxic agent is absent (7-10). These events are reflected in the unsuccessful and ineffective treatment of lung tumors, accompanied by poor patient prognosis. Thus, unlike many other diseases of the respiratory tract, virtually no drug delivery technology or targeting capacity has been developed for these therapeutic agents to optimize therapy outcomes, and as a result, current therapeutic regimens exhibit poor pharmacokinetic profiles against an often advanced and aggressive solid tumor. Clearly, the development of systems capable of enhancing the targeting of chemotherapy administered to lung tumors is urgently needed to improve drug pharmacokinetics and pharmacodynamics. Pulmonary delivery of anti-cancer agents is not a well studied area, but based upon the few preliminary preclinical and clinical trials, the potential and feasibility of this approach in patients has become increasingly evident. These studies will be discussed in light of a critical analysis of both the opportunities and potential limitations of pulmonary delivery of anti-cancer agents. 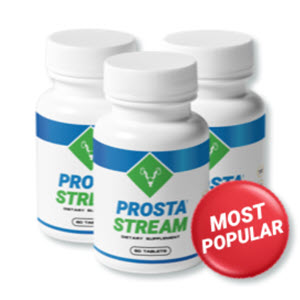