Hypertension (high blood pressure) is considered to be one of the major medical problems of the world. In the United States nearly 25 million cases are diagnosed each year. Research shows that effective control of high blood pressure can reduce associated morbidity (notably stroke, kidney, and congestive heart failure) and prolong life. It may be argued whether hypertension is a disease or merely a risk factor towards disease. Nevertheless, hypertension increases the chance of developing organ damage and is a major cause of death and disability. Diagnosis of hypertension must be made carefully and with consideration since once made, it carries life-long implications in terms of medical care and management. Blood pressure may be initially high due to patient apprehension and unfamiliarity with the surroundings. Repeat readings usually show a fall although, subsequently steady values are obtained. This is the basal blood pressure upon which the diagnosis of hypertension is based and decisions are made as to what treatment should be adopted. In hemodynamic terms:

Hypertension can therefore be a consequence of either a raised cardiac output and /or increased systemic vascular resistance. Whilst no single causative mechanism can be identified, the following factors are all thought to play a part in the development of hypertension.

It has been suggested that this mechanism is upset in hypertension due to increased resistance of blood vessels in the kidneys, which in turn upsets the filtration of water and increases the absorption of sodium (Na+). Thus, blood volume expands and blood pressure increases to set up a new steady-state in terms of sodium. The blood pressure at this point is significantly high.

In order to influence the regulatory mechanisms a variety of nervous and chemical stimuli are required. However, it should be remembered that the stimulus from nerve endings is chemical in nature and nervous control of blood pressure occurs through the autonomic nervous system. Neural impulses in parasympathetic or sympathetic fibres achieve their effects by discharge of specific neurotransmitter substances, acetylcholine and noradrenaline, respectively. The beta-receptors play a key role in this mechanistic pathway.

Baroreceptors and chemoreceptors are also involved in nervous control of the heart and have an inverse relationship between arterial blood pressure and heart rate.

The World Health Organization has suggested that blood pressure levels which are consistently above 160/95 mmHg should be regarded as "hypertension". However, many clinicians now feel that these levels are too high and that the threshold for diagnosis should be lower. In general, levels persistently above 140/90 mmHg may be regarded as being consistent with established hypertension. In this respect, the use of the word persistent is important as some patients have occasional high readings which are interspersed with normal values commonly known as "labile" hypertension. Around 25% of patients with this type of hypertension are likely to develop "established" hypertension. The prevalence of hypertension (70) is often asymptomatic and carries both morbidity and mortality. It is associated with increased risks from ischemic heart disease and cerebrovascular disturbances, and in severe cases, with heart and renal failure.

The therapeutic advances in the treatment of hypertension and related conditions are now described.

Hypertension presents a unique problem in therapeutics. It is usually a life long disease that causes few symptoms until it reaches an advance stage. Pharmacological treatment varies depending on the severity of hypertension. In mild cases a single drug is usually sufficient such as a beta-blocker or a diuretic.

The definition of hypertension remains controversial. Unfortunately, there is no natural dividing line between "hypertension" and "normoten-sion." Blood pressure varies widely over 24 h, both in those who have high and normal blood pressure.

1. The heart to enlarge and lead to heart failure.

2. Aortic aneurysm (consistently high levels of blood pressure accompanied by degenerative changes in the vessel wall leading to a dilation of the aorta. The dilation may form an aneurysm, that is, like a bump or swelling protruding from the vessel resulting in a thin endothelial wall. Persistent hypertension if left untreated.

3. May precipitate rupture of the aorta and cause death.

4. The blood vessels in the kidneys to narrow and cause kidney failure.

5. The arteries in the body to "harden" faster, especially those associated with the heart, brain and the kidneys and lead to a heart attack or stroke.

6. Peripheral arterial disease (hypertension increases the incidence of atheroma of the legs. Intermittent claudication and ischemia of the feet are common clinical manifestations.

There are several factors which contribute to high blood pressure such as:

1. Genetic factors which are often associated with a family history of high blood pressure.

2. Environmental factors: Numerous factors have been related to the development of hypertension, but only the following appear to be important:

iv. Smoking: Smoking increases blood pressure leading to damage of the blood vessels and the heart.

Several factors are often involved in elevating blood pressure. Apart from family history, changes in the above factors can help to treat blood pressure.

Treatment with drugs is one of the effective methods for attaining larger reduction in blood pressure. Using drugs to control hypertension without producing unacceptable side effects is important.

The history of high blood pressure drugs goes back to 1950s when the first ganglionic blocking drugs were introduced. These drugs interfered with the constriction of blood vessels by nervous control and were the first successful treatment for malignant hypertension. A new generation of drugs have been discovered recently. Many patients can be satisfactorily treated with a single antihypertensive drug; the choice of the drug therapy is determined by safety convenience and freedom form side effects. Another group of patients will require a combination of two or three antihypertensive agents to give a good control with fewer side effects as previously described.

The principal drugs used in single drug treatments of hypertension are diuretics, beta-adrenoceptors, ACE inhibitors and calcium antagonists. Some of the most commonly used drugs to treat high blood pressure are now briefly reviewed:

1. Diuretics: Sometimes called "water pills", these drugs flush excess water and sodium from the body by increasing urination. This reduces the amount of fluid in the blood and flushes sodium from blood vessels so that they can open wider, with increased blood flow and reduction of pressure against the vessels. Diuretics are often used in combination with other blood pressure drugs.

2. Beta-blockers: These drugs slow the heartbeat by blocking the effects of nerve impulses to the heart and blood vessels, thereby lessening the burden on the heart.

3. ACE (angiotensin-converting enzyme) inhibitors: They inhibit formation of the hormone angiotensin II and cause the blood vessels to narrow and thereby increase the blood pressure.

4. Calcium channel blockers: They prevent calcium from entering into the muscle cells of the heart and blood vessels, in order to relax the blood vessels and decrease the blood pressure.

6. Vasodilators: These agents directly dilate the blood vessels by relaxing the smooth muscle.

Lowering of blood pressure urgently is only indicated in patients with hypertensive encephalopathy, or hypertension-induced renal or heart failure although, these conditions are rare.

High blood pressure in the absence of the above conditions do not warrant urgent blood pressure reduction, as it may be dangerous to reduce cerebral or coronary perfusion. In cases where urgent treatment is required, the patient should be admitted to hospital for rest and very carefully monitored. Usually oral therapy with beta-blockers, calcium antagonists or ACE inhibitors may be adequate.

In very rare cases where parenteral therapy is necessary, sodium nitroprusside is used by intravenous infusion. Sodium nitroprusside is a powerful arterial and venous vasodilator. It acts very rapidly with a very short duration of action. Blood pressure rises within a minute of the infusion being stopped. It allows control of blood pressure while other slower-acting drugs are being introduced. Prolonged use for periods of more than 24 h. causes the production of cyanide (a toxic metabolite). Labetalol, a combined alpha- and beta-blocker may also be administered intravenously.

Resistant Hypertension can occur with a failure to respond to triple therapy with standard drugs. This must be fully investigated to exclude the possibility of secondary hypertension. Minoxidil may be used in resistant hypertension. It is a vasodilator which causes fluid retention and tachycardia. It should only be used with diuretics and a beta-blocker. A unusual side effect of the drug is the stimulation of male pattern hair growth. Therefore, it is generally best to avoid the use of this drug in women.

Feel Healthier And Look Better Without Resorting To Drugs! Would you like to get your hands on a this report that can teach you everything you need to know about losing weight naturally? 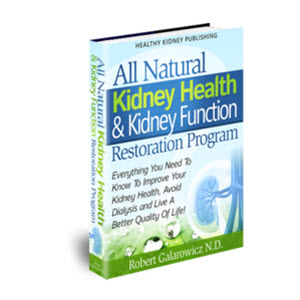