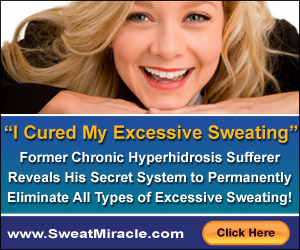 Hyperthermia is an increase in body temperature to the extent of endangering life; it can be a cause of significant morbidity and mortality. The condition usually occurs at temperatures over 40 degrees Celsius or 104 degrees Fahrenheit. A commonly reported scenario involves an Ecstasy user who spends time at a dance club, where the ambient temperatures may be high, usually dancing for many hours without adequate fluid replacement. This behavior leads to collapse or convulsions (seizures) (Simpson and Rumack 1981; Henry 1992b; Singarajah and Lavies 1992; Logan et al. 1993; Maxwell et al. 1993; Tehan et al. 1993; Satchell and Connaughton 1994). Clinical examination shows dilated pupils, sweating (though in severe cases sweating

may have ceased), marked sinus tachycardia (a heart rate increase to 140-160 beats per minute is not uncommon), hypotension (low blood pressure), and core temperature of 39-42°C (102.2-107.6°F). Cases such as this represent an acute medical emergency.

As the body temperature rises, the normal response to stop activity and to cool down is blunted, possibly owing to the effects of MDMA. These patients may arrive at the hospital with core body temperatures as high as 109°F. At these temperatures, organ dysfunction ensues and may include liver failure, kidney failure, and cerebral edema (swelling of the brain), any one of which can cause death. One dangerous complication of hyperthermia is rhabdomyolysis, which is muscle breakdown that damages the kidneys and can lead to high potassium levels that cause fatal heart rhythms (Brown and Osterloh 1987; Chadwick et al. 1991; Campkin and Davies 1992; Fahal et al. 1992; Henry 1992a; Screaton et al. 1992; Nimmo et al. 1993; Montgomery and Myerson 1997). Another commonly reported complication of hyperthermia is disseminated intravascular coagulopathy (DIC), a blood-clotting disorder that can cause the patient to bleed to death. Once DIC has become established, management is difficult; this complication is the most common reason for death in patients with hyperthermia who have taken Ecstasy.

In the early 1990s, several case reports of fatal hyperthermia following Ecstasy ingestion appeared in the British literature. The patients collapsed, sometimes with seizures; when they were examined in the hospital, they tended to have a very fast heart rate and low blood pressure and body temperatures as high as 43°C (109.4°F). Attention was drawn to the importance of high body temperature as a predictor of fatal outcome in hyperthermia. The mean recorded temperature in fatalities was 41.6°C (106.9°F), compared with 40.5°C (104.9°F) in the survivors (Miller et al. 1997). Although there is a single case report of a survivor who had a recorded body temperature of 42.9°C (109.2°F), generally the body cannot sustain the massive cardiovascular and metabolic stress of a high body temperature.

Hyperthermia seems to be a particularly dangerous complication of Ecstasy, but it may be associated more closely with the behavior that follows its use. It seems apparent that cases of severe hyperthermia and deaths from heatstroke were due mainly to prolonged dancing without rest and without drinking enough liquid to allow for normal temperature control through

sweating. Henry (1992) writes that the most seriously ill patients in his experience were people at crowded parties where Ecstasy was used as a dance drug. He concludes that the severe toxicity of MDMA may be "due mainly to the circumstances in which it is misused." This conclusion is well reflected in the case reports that have been published since 1992, since many of them include a brief or at least a partial description that links ill patients with hyperthermia to dancing at clubs (Brown and Osterloh 1987; Smilkstein et al. 1987). Hyperthermia has been reported in laboratory animals given MDMA (Schmidt et al. 1990a). [Recent animal studies have noted that the ambient temperature is a crucial factor in whether laboratory animals show toxic effects from MDMA. Also, the degree of hyperthermia has been shown to correlate with the degree of serotonin depletion in rats (Malberg and Seiden 1998).—Ed.]

It is commonly noted that people who have undergone MDMA-assisted psychotherapy do not suffer from hyperthermic reactions. One study of human volunteers who were not exercising vigorously did not report any subjects with complications of high body temperature, though temperature was not specifically measured (Downing 1986). [Personal communication with several researchers produced the following information: Grob (UCLA) found a 1°F increase in core temperature; Camí/Farré (Spain) found a slight increase in temperature that was not statistically significant; Jones (UCSF) found no change in core temperature but a decrease in skin temperature; Vollenweider (Switzerland) found no change in temperature; Tancer's (Wayne State University) data are pending.—Ed.]

The main objectives in management of the patient with acute hyperthermia are to cool the body; to facilitate thermoregulation, usually with intravenous fluid replacement; and to prevent the development of DIC. Full supportive care should be provided, and an anticonvulsant, such as intravenous diazepam (Valium), may be needed if the patient is having seizures.

The most urgent priority is to restore the blood volume, since extracellular fluid volume tends to be depleted grossly by prolonged sweating. Once a high core temperature has been confirmed, one liter of normal saline (0.9 percent) should be given immediately, without waiting to measure central venous pressure. If this treatment brings down the pulse rate and raises the

blood pressure, another liter can be given, after which the central venous pressure should be measured and more fluids given, as required. The fluid replacement usually achieves thermoregulation through sweating and vasodilation without the need for active cooling in milder cases of hyperthermia. Sedation and active cooling, such as an ice bath, should be strongly considered for more serious cases, those with temperatures above 106°F. Since severe hyperthermia reduces the calcium requirement for excitation-contraction coupling (the muscles' mechanism of action), further heat production may develop from muscle contractions, even in the absence of exertion, once hyperthermia has developed. This can be prevented by administration of dantrolene, which acts as a calcium antagonist at the level of the sarcolem-mal membrane in the muscle.

How To Get Rid of Excessive Sweating Naturally