Methods for the Synthesis of Cannabinergic Ligands

The long history of worldwide self-medication by a mixture of cannabinoids present in Cannabis sativa generated the first wave of interest among synthetic and medicinal chemists in conjunction with the co-developments of modern separation, spectroscopic, and synthetic methods during the last half century. The identification of the family of C21 tricyclic cannabinoids led to the chi-rospecific partial syntheses of these classical cannabinoids from more readily available monoterpenes, and to the total syntheses of these plant constituents, as well as an expanding list of cannabimimetic compounds. However, only a few efficacious drugs, which include Marinol (Dronabinol, (-)-A9-THC from Roxane Labs), Cesamet (Nabilone, developed by Eli Lilly) and Sativex (A9-THC and cannabidiol, developed by GW Pharmaceuticals), have resulted. Cannabinoid synthesis has seen a renewed wave of interest with the discovery and cloning of the CB1 and CB2 cannabinoid receptors and the characterizations of the two endogenous cannabinoid ligands N-arachidonoylethanolamine

(AEA; anandamide) and 2-arachidonoylglycerol (2-AG). The synthesis and evaluation of ligands for the two cannabinoid receptors thus now includes six general classes of compounds. The first class is the classical cannabinoids (CCs), which have the benzopyran ABC-tricyclic framework. The second class of cannabinergic ligands was initially developed at Pfizer and includes both AC bicyclic and ACD-tricyclic compounds lacking the pyran B-ring, characteristic of the classical cannabinoids. A third class of analogs is a hybrid cannabinoid class (CC/NCC hybrid) combining the ABC-tricyclic structural framework of the classical cannabinoids with the additional chiral center at C6 in the B-ring. The fourth chemical class of cannabinoid receptor ligands is the aminoalkyl indoles, initially developed at Sterling Winthrop, of which WIN55,212-2 is perhaps the benchmark compound. The fifth chemical class of ligands is the diarylpyrazoles. This class includes the highly CBi-selective SR141716A (Rimonabant) from Sanofi, which has currently passed phase III clinical trials for the treatment of obesity and smoking cessation, as well as the highly CB2-selective SR144528 from Sanofi. The sixth class of cannabinoid receptor lig-ands includes the endogenous lipids AEA, 2-AG, noladin ether, as well as their synthetic analogs. While the preponderance of the literature relates to the classical cannabinoids, this discussion of the chemical methods and selected synthetic approaches is a more balanced discussion covering the six classes of CB1 and CB2 receptor ligands and covalent binding probes.

Discovery of the endocannabinoids and the biochemical systems involved in their inactivation, namely fatty acid amide hydrolase (FAAH) and monoglyc-eride lipase (MAGL), as well as the anandamide transporter (AT) system, has also prompted the synthesis of several substrates capable of modulating the endocannabinoid system. Ligands for FAAH, MAGL, and compounds targeting the AT system will not be discussed, however.

The medicinal advantages of marijuana have been recognized for many centuries, but it was the characterization and synthesis (1) of its major active prin-

ciple, (-)-A9-tetrahydrocannabinol ((-)-A9-THC, 1, Fig. 1) that began a new era for synthetic cannabinoids as pharmacological agents. The active constituents of the Cannabis plant, as well as numerous synthetic analogs, are the stereo-specific (-)-enantiomers, i.e., the (6aK,10aft)-configuration, of THC (Fig. 1).

(-)- A9-THC (1) and its A8-isomer (2, Fig. 1) are the first members of a class of canabinergic ligands referred to as classical cannabinoids. In general, these are ABC-tricyclic terpenoid compounds bearing a benzopyran moiety. Many CC analogs have been synthesized and evaluated pharmacologically and biochemically (for reviews, see refs. 2-8). Structure-activity relationship (SAR) studies recognize four pharmacophores within the cannabinoid prototype: a phenolic hydroxyl (PH), a lipophilic alkyl side chain (SC), a northern aliphatic hydroxyl (NAH), and a southern aliphatic hydroxyl (SAH). The first two are encompassed in the plant-derived cannabinoids, while all four pharmacophores are represented in some of the synthetic non-classical cannabinoids developed by Pfizer (e.g., 27, Fig. 2).

Syntheses of (-)-A9-THC have utilized the acid-catalyzed condensation of olivetol (9, Scheme 1) with suitable chiral monoterpenes, such as (+)-cis- or trans-p-mentha-2,8-dien-1-ol (9,10), (+)-trans-2-carene epoxide (11,12), p-mentha-2-ene-1,8-diol (13,14), and (-)-cis- or trans-verbenol (15). Other successful approaches to A9-THCs are also known (16-21), but a problem common to these methods is created by the fact that a variety of by-products results. "Normal" and "abnormal" THCs, bis-adducts, open-chain intermediates, starting materials, degradation products as well as double-bond isomers complicate work-up procedures and purifications. Although an improved method has

Razdan and coworkers (10) have reported a modification of the Petrzilka (9) cannabinoid synthesis. Thus, condensation of olivetol with (+)-cis- or trans-p-mentha-2,8-dien-1-ol in the presence of boron trifluoride-etherate and anhydrous magnesium sulfate at 0°C yielded (-)-A9-THC, and practically no A8-iso-mer was formed (Scheme 2). This modification represents a useful direct route to (-)-A9-THCs, (-)-A9-tetrahydrocannabivarins, and their regiospecifically deuterated analogs (22-24). It was recently reported that the synthesis of a (-)-A9-THC derivative was accomplished without the presence of a drying agent by keeping the reaction temperature at 0°C (25).

(-)-A8-THC has a pharmacological profile similar to (-)-A9-THC and has been used as a template since the early days of cannabinoid structure-activity correlations because of its greater chemical stability. In general, syntheses of (-)-A8-THC congeners does not differ from those reported for (-)-A9-THC, involving condensation of a resorcinol with a suitable chiral monoterpene, which affords the (6aft,10aft)-configuration. However, the initially formed (-)-A9-THC is subsequently allowed to isomerize to (-)-A8-THC. Over the years, numerous (-)-A8-THC analogs were synthesized and tested, providing substantial information

1-(3,5-Dimethoxyphenyl)cyclopentanecarbonitrile (12). To a solution of 11 (2.0 g, 11.3 mmol) in dry tetrahydrofuran (THF) (99 mL) at 0°C, under an argon atmosphere, was added potassium bis(trimethylsilyl)amide (6.77 g, 34.0 mmol). The mixture was stirred at the same temperature for 3 min, and then a solution of 1,4-dibromobutane (2.7 g, 12.5 mmol) in dry THF (14 mL) was added over a period of 10 min. Following the addition, the reaction was stirred for 5 min at 0°C and then quenched by the addition of saturated aqueous NH4CL The mixture was diluted with EtOAc, the organic layer separated, and the aqueous phase was extracted with EtOAc. The combined organic layer was washed with brine, dried over MgSO4, and the solvent evaporated under reduced pressure to give an oily residue. Purification by flash column chromatography (diethyl ether:petro-leum ether 30:70) afforded 2.3 g (88% yield) of the compound 12 as a colorless oil.

(-)-2-[3-(3,4-irans-p-Menthadien-(1,8))-yl]-5-(1-hexylcyclopentyl)resorcinol (14). To a solution of 13 (571 mg, 2.18 mmol) in dry benzene (22 mL) at 10°C under an argon atmosphere was added p-toluenesulfonic acid (79 mg, 0.42 mmol) followed by the addition of a solution of (+)-ds/irans-p-mentha-2,8-dien-1-ol (464 mg, 3.05 mmol) in dry benzene (6 mL). The reaction mixture was stirred at 10-20°C for 1 h, at which time thin-layer chromatography (TLC) indicated the complete consumption of starting material. The reaction mixture was diluted with diethyl ether, and the ether solution was washed with saturated NaHCO3 solution, water, and brine. The organic layer was dried over MgSO4, filtered, and concentrated under reduced pressure. Purification by flash column chromatography (diethyl ether:petroleum ether 7:93) afforded 736 mg (85% yield) of the title compound 14 as colorless viscous oil.

about the phenolic hydroxyl (PH) and the lipophilic side chain (SC) pharmacophores (2-7,26,27). The latter has been recognized as the most critical pharmacophore group. Variation of the n-pentyl group of natural cannabinoids can lead to wide variations in potency and selectivity. Optimal activity is obtained with a seven or eight carbon length substituted with 1',1'- or 1',2'-dimethyl groups, as was first demonstrated by Adams (28-30). More recent studies have focused on novel side chains bearing 1',1'-cyclic moieties (31-34). One of the most successful compounds to result from this work was the C1'-cyclopentyl analog 3 (Fig. 1), chosen here to represent the side-chain-modified (-)-A8-tetrahydrocannabinols. The one-pot cyclobisalkylation of 11 to give cyclopen-tane carbonitrile 12, the terpenylation of resorcinol 13 with (+)-cis/trans-p-men-tha-2,8-dien-1-ol, and the cyclization of the cannabidiol intermediate 14 in which the initially formed (-)-A9-THC derivative is converted to the respective (-)-A8-isomer are the key steps leading to 3 (Scheme 3).

Structural modifications of the tetrahydrocannabinol framework identified one further pharmacophore: a northern aliphatic hydroxyl (NAH) at the C-9 or C-11 position of the classical cannabinoids. Thus, introduction of a hydroxyl group at the C-11 position in tetrahydrocannabinols (e.g., (-)-11-hydroxydi-methylheptyl-A8-THC, 17, Scheme 4) leads to significant enhancement in affin-

(6aR)-(trans)-3-(1-Hexylcyclopentyl)-6a,7,10,10a-tetrahydro-6,6,9-trimethyl-6H-dibenzo[b,d]pyran-1-ol (3). To a solution of 14 (601 mg, 1.52 mmol) in anhydrous CH2Cl2 (43 mL) at 0°C under an argon atmosphere was added boron trifluoride-ether-ate (1.32 mL 10.6 mmol). Following the addition, the mixture was stirred at 0°C for 1 h and then at room temperature for 7 h. The reaction was quenched by the addition of saturated NaHCO3 solution, and the volatiles were removed under reduced pressure. The crude residue was diluted with EtOAc, and the organic layer was washed with water, brine, and dried over MgSOzi. Solvent evaporation and purification by flash column chromatography on silica gel (diethyl ether:petroleum ether 6:94) afforded 476 mg (79% yield) of the title compound 3 as white foam.

ity and potency for CBi and CB2 (35,36). This is also the case for the hexahy-drocannabinols (HHC, e.g., 5, Fig. 1) in which the C-ring is fully saturated. Based on the relative configuration at the C-9 position, hexahydrocannabinol encompasses two types of isomers (9a and 9P). Although both isomers are biologically active, the P-epimers in which the C-9 hydroxyl or hydroxymethyl group is equatorial (e.g., 5) have been shown to be more potent than the a-axial counterparts (37-39).

In general, synthesis of 11-hydroxy-A8-THC derivatives (e.g., 17, Scheme 4) follows a strategy used for the preparation of (-)-A8-THCs. Thus, verbenol (8, Scheme 1) is replaced by optically active 4-hydroxymyrtenyl pivalate (15, Scheme 4) in a Lewis-acid-catalyzed condensation with the appropriate resor-cinol (15,30,40-42).

For example, the highly potent (-)-11-hydroxydimethylheptyl-A8-THC (17) was synthesized following this method and has served as a template for the design of the high affinity covalent binding probes 19 and 4 (Scheme 5). Development of these ligands was directed at obtaining information on the receptor-binding domain. The electrophilic isothiocyanato group (NCS) targets nucleophilic amino acid residues such as lysine, histidine, and cysteine at or near the active site, and the photoactivatable aliphatic azido group (N3) is capable of labeling amino acid residues at the active site via a highly reactive nitrene intermediate. Both probes were shown to successfully label the cannabinoid receptors (43). The C-7' bromo analog 18 is the starting point for the synthesis of 19 and 4. Thus, displacement of the bromide in 18 by tetramethylguanidini-um azide (TMGA) led to C-7' azide 19, which was converted to the respective isothiocyanate 4 by the triphenylphosphine/carbon disulfide method (41).

Introduction of the more potent equatorial hydroxymethyl group for the hexahydrocannabinol series can be accomplished either by catalytic hydrogenation of the A8-double bond followed by chromatographic separation of the resulting mixture of isomers (44) or preferably, by utilizing a Wittig-Horner-Emmons process starting from the appropriate keto-precursor (38,45-47). The synthesis of the analog 5, a representative hexahydrocannabinol derivative, is shown in Scheme 6. Protection of the free phenolic hydroxyl in 20 followed by Wittig olefination using (methoxymethylene)triphenylphosphorane produced a mixture of methyl enol ethers, which were hydrolyzed to aldehyde diastere-omers 21 and 22. Epimerization (38,45-48) gave the thermodynamically more stable equatorial aldehyde 22. This was followed by carbonyl reduction and deprotection of the phenolic hydroxyl to give 5.

It is also known that presence of a C-9 carbonyl group significantly enhances cannabinergic activity (49). Thus, nabilone (6) (developed at Eli Lilly) represents a successful modification at the northern end of the tricyclic ABC-cannabinoid. This ligand was synthesized (50) from the corresponding

(-)-11-Hydroxy-7'-azido-1',1'-dimethylheptyl-A8-THC (19). A solution of 11-hydroxy-7' -bromo-1',1'-dimethylheptyl-A8-THC (18) (138.2 mg, 0.297 mmol) in 10 mL of dry chloroform was added dropwise to a solution of TMGA (94 mg, 0.594 mmol) in 5 mL of dry chloroform at 0°C under nitrogen. The resulting mixture was allowed to reach room temperature and refluxed overnight. Subsequently, the solvent was removed under a flow of nitrogen, and ethyl ether was added until no more precipitate was formed. The precipitate was filtered out, and the filtrate was dried over sodium sulfate. Removal of the solvent yielded 124.8 mg of crude product, which was purified by column chromatography (ethyl ether:petroleum ether 70:30). The desired product (19), 117.3 mg (light yellow oil), was obtained in 92% yield.

resorcinol 16 and either of the acetates 23 or 24 (Scheme 7), which were in turn obtained from commercially available (1^,5^)-(+)-nopinone in two steps (46,50,51). Coupling of 16 with 23 or 24 in the presence of p-toluenesulfon-ic acid afforded the key intermediate 25 (50). A useful modification of this method was reported later (46). Norpinanone 25 was then treated with stannic chloride in chloroform at room temperature to give ketone 6 not free from its respective ds-isomer. However, nabilone (6) was purified by column chro-

matography. It should be mentioned that in closely related systems, a clean and rapid cyclization resulted when trimethylsilyl triflate was used in place of stannic chloride (45). 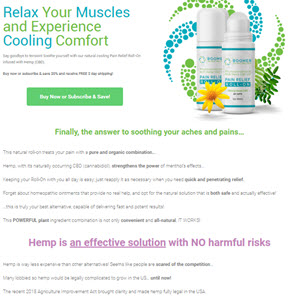