The Hpa Axis And Depression

There are clear links between depression and disruption of the neuroendocrine system. Thyroid and gonadal hormone secretion are both abnormal in depression but most

Inconsistent effects with SSRIs. Some studies find reduction in locus coeruleus, only ^¡-adrenoceptors, only. Generally no change with SSRIs Inconsistent changes with SSRIs

Increased with simulated ECT. No change with SSRIs. Species differences in change attention has been devoted to the hypothalamic-pituitary-adrenocortical (HPA) axis (Mussleman and Nemeroff 1993). This is a complex system with many interlinked feedback and feedforward controls. However, a key role is thought to be served by corticotropin-releasing factor (CRF) which is released from neurons in the paraventricular nucleus (PVN) in the hypothalamus. From here, CRF is carried to the anterior pituitary where it triggers release of adrenocortical hormone (ACTH) into the systemic circulation. In turn, ACTH promotes release of glucocortioid hormones from the adrenal cortex. Not all CRF release is directed at the HPA system: extra-hypothalamic CRF is found in many limbic areas, including the locus coeruleus and Raphe nuclei (Fig. 20.7).

Normally, circulating glucocorticoids (of which cortisol is the most prominent in humans) cause feedback inhibition of ACTH release so that cortisol secretion is, to some extent, self-limiting. However, many patients suffering from major depression have an increased concentration of plasma cortisol but reduced ACTH secretion. The latter abnormality seems to be partly due to a reduction in the number of CRF receptors in the pituitary, although it is thought that decreased ACTH secretion could provoke the adrenal hyperplasia which is common in depression. This would result in excessive secretion of cortisol and contribute to the inhibition of ACTH release (Musselman and Nemeroff 1993).

Also, a high proportion of depressed patients do not show the reduction in cortisol secretion which is seen when normal subjects are challenged with the synthetic gluco-corticoid, dexamethasone, that normally decreases further release through feedback 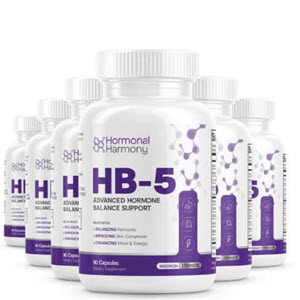