Output to the brain and motoneurons

Figure 21.4 An overview of the pharmacological systems involved in the transmission and modulation of pain together with some drugs that act on these systems -a neuropathic pain patients as compared to a group with nociceptive pain. Resolution of this problem has important implications yet a similar series of discrepant results can be found in the animal literature.

Following the description and then isolation of opioid receptors, there were three known receptors for the opioids, the mu, delta and kappa opioid receptors, but a novel fourth receptor, the orphan receptor, has been characterised very recently. This newly discovered opioid receptor-like (ORL-1) receptor appears to be linked to an inhibitory receptor despite the endogenous agonist having been named nociceptin (orphanin FQ). The receptor system does not appear to be anything like the traditional opioids. Overall, this peptide produces spinal analgesia but may well function as an 'anti-opioid' at supraspinal sites and cause excitation of C-fibres in the periphery. The central effects of nociceptin include a low abuse potential compared to morphine, and so provide an opportunity for the development of alternative analgesics to morphine. However, sufficiently selective tools for the receptor are lacking; the peptide itself is the only agonist available at present, and the putative antagonist appears to be at best a partial agonist. The apparently paradoxical site-dependent antinociceptive/hyperalgesic effects of this peptide are yet to be resolved.

The actions of all clinically used opiates can now be explained in terms of their acting as agonists at one of the four opiate receptors found in the brain, spinal cord and peripheral nervous system. All four receptors are inhibitory (Table 21.2).

The opioid receptors are for the endogenous opioids, peptide transmitters, S-endorphin, endomorphins, enkephalins, dynorphins and nociceptin. Thus all the problems of drugs based on peptides need to be overcome in order for the roles of these

receptors to be elucidated. The use of morphine and naloxone, non-peptides with mu selectivity has been responsible for the wealth of knowledge about the mu receptor but much less is known about the delta and ORL-1 receptors. Kappa opioids have weak actions in many animal studies and also cause aversive effects — clinical studies with these drugs have been discontinued. Side-effects are due to the peripheral and central receptors whereas the analgesic effects are due to the interaction of opioid with central receptors. The degree of analgesia can be limited by the side-effects.

These issues make appraisal of different opioid receptors as a target in the development of opioid analgesics lacking the side-effects of mu-receptor-selective agonists such as morphine rather difficult. Progress has been limited in terms of new synthetic opioids that act on the delta receptor, partly due to the peptide nature of the endogenous opioid transmitters but also poor selectivity of drugs between the mu, delta and kappa receptors. The kappa receptor, where synthetic drugs have been produced, does not appear to be a viable analgesic target at present due to central and peripheral side-effects but delta receptor-selective compounds appear to have limited analgesic effects in primate behavioural studies.

There is little new with regard to the mu receptor, the main target for opioid drugs. The receptor is remarkably similar in structure and function in all species studied so animal studies will be good predictors for clinical applications. Although there have been suggestions of subtypes of the receptor, the cloned mu receptors have all been identical. 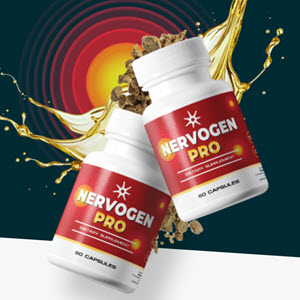