Uses. Methyltestosterone is a synthetic drug manufactured from testosterone. Methyltestosterone's medical uses include supplementation of testosterone in males with low levels of that hormone and treatment of female breast cancer. Scientists report unsatisfactory results from a test of whether the compound might work as a male contraceptive and mixed results when the substance was used to treat male impotence. Impotence improvement was better when methyltestosterone was taken in combination with a yohimbe preparation. Methyltestosterone has provided pain relief and occasionally fertility enhancement to women suffering from a reproductive disorder called endo-metriosis externa. Therapeutic regimens to build up bone strength in older women may include methyltestosterone, as may therapies designed to compensate for hormonal changes caused by menopause. In research projects height increase occurred when the drug was administered to boys of short stature. Experimenters describe the drug as effective treatment for hereditary angioedema, an affliction involving tissue swelling. The drug also has agricultural uses such as illegally promoting pig and cattle growth.

Drawbacks. Volunteers who took methyltestosterone in an experiment showed slight changes in thinking ability, and 2 of the 20 subjects had man-iclike episodes that might be attributable to the drug. A report noted that someone receiving the drug experienced visual and auditory hallucinations, and a case report indicated that methyltestosterone and methandrostenolone were likely causes of psychotic incidents experienced by two bodybuilders. A human experiment attempted to document the drug's psychological effects but was unable to correlate behavioral changes with volunteers' usage of the substance. The substance is suspected of causing liver damage, sometimes resulting in jaundice, lesions, tumors, or other conditions. The compound may cause fluid retention, which can be risky for persons with kidney, liver, or heart malfunction. Like many drugs of this type, methyltestosterone can cause females to develop masculine characteristics such as facial hair or coarser voice. Such effects can become permanent if dosage is not swiftly stopped upon first appearance of the changes. Other unwanted actions of the drug can include acne, headache, uneasiness, burning or prickling sensations, menstrual disturbances, nausea, and high blood levels of calcium and cholesterol. In rats high blood pressure has been traced to methyltestosterone.

Abuse factors. Methyltestosterone is banned from athletic competitions, but some athletes are tempted to use it, nonetheless. Claims that the compound produces gains in weight and muscle strength have been difficult to document in humans, partly because experimenters cannot subject humans to experimental conditions that are as brutal as can be used with laboratory animals. A robust experiment on rats demonstrated increased strength and stamina from methyltestosterone.

Drug interactions. A case report mentions that a person using the hormone along with the anticholesterol medicine clofibrate developed extremely low levels of high-density lipoprotein (the so-called good cholesterol), a development attributed to methyltestosterone. A similar result occurred in an experiment tracking women using this anabolic steroid along with female hormones called esterified estrogens. Methyltestosterone interferes with blood clotting, which can be a serious problem for persons taking anticlotting medicine. A case report indicates that the substance interacts badly with cyclosporine, an immunosuppressive agent used to fight rejection of organ transplants. A small experiment using methyltestosterone to increase benefits from the tricyclic an-tidepressant imipramine went awry when almost all patients became paranoid, a condition that rapidly disappeared when methyltestosterone dosage stopped.

Cancer. Researchers have noted liver cancer in mice that received methyl-testosterone. Other case reports indicate strong suspicion that the drug causes human liver cancer. The substance has been associated with a person's development of prostate cancer, but "association" is not the same as cause.

Pregnancy. Women are advised to avoid the drug during pregnancy because the substance may masculinize a female fetus, a discovery made in the 1950s when methyltestosterone was a standard medication for reducing the likelihood of miscarriage. Nursing mothers are advised to avoid the drug because it might pass into milk and masculinize a female infant. These effects of the drug are powerful enough that methyltestosterone is used in tilapia farming to change females of this fish into males. The drug has also been used to change female flounder into male fish. Research on rats has demonstrated that masculinizing effects on females can persist into a subsequent generation that did not receive the drug. Human males who use the substance may produce more male offspring than usual.

Richardson, J.H., and S. Smith. "A Comparison of the Effects of Dianabol and Methyltestosterone on Muscle Contraction and Fatigue." Journal of Sports Medicine and Physical Fitness 21 (1981): 279-81. 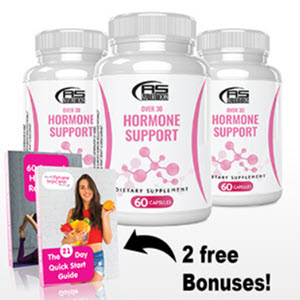 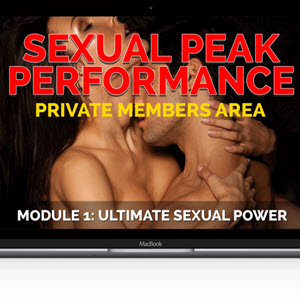