Uses. This synthetic drug is related to testosterone. Stanozolol is used to combat hereditary angioedema, a disease causing body tissues to swell. The substance is also used to reduce weight loss from cancer or AIDS (acquired immunodeficiency syndrome) and has been used experimentally to improve physical activity of elderly persons and to enhance nutrition of surgery patients (a case report warns, however, that the substance may cause iron deficiency). Raynaud's disease, in which persons experience painful spasms of fingers and toes, has been combated with stanozolol, and the drug can improve a skin affliction called pityriasis rubra pilaris. Other skin conditions responsive to stanozolol treatment include hives and cryofibrinogenemia (a blood vessel blockage disorder that can also involve the heart and lungs). Using the drug to treat a very serious blood disease called aplastic anemia has yielded uncertain results. Itching from liver cirrhosis has been relieved with stanozolol. Dentists give the drug to ease tooth-pulling. In a clinical experiment the drug increased muscle mass. Some cattle raisers have used stan-ozolol to boost meat production, but the practice is banned in assorted jurisdictions.

Drawbacks. Unwanted effects from stanozolol may include weariness, cramps, fluid retention, and migraine headaches. While taking stanozolol a person's high-density lipoproteins (so-called good cholesterol) may decline, while low-density lipoproteins (bad cholesterol) increase. This effect might worsen risk of artery blockage leading to heart attack or stroke, but the changes in lipoprotein levels normally disappear after dosage stops. Uncommon case reports indicate that stanozolol may increase blood pressure in the brain and cause a stroke. A case report raises the possibility that the compound may worsen tics suffered by persons having Tourette's syndrome. Stan-ozolol should be avoided by men with cancer of the breast or prostate and by women with breast cancer accompanied by high blood levels of calcium— stanozolol may weaken bones in such women. The drug is not recommended for persons with serious kidney inflammation. In young persons stanozolol has the potential for stunting attainment of adult height, a special concern if the drug is used by growing athletes without medical supervision. Any use by athletes, however, violates rules governing sports competitions. The drug can masculinize women (losing hair from the top of the head, gaining hair elsewhere, coarsened voice). A clinical experiment noted disruption of menstrual periods among women using stanozolol.

Reports of liver damage among persons using the compound are numerous; however, most scientists stop short of asserting a cause-and-effect relationship. Researchers have noted liver damage in rat experiments that point further suspicion in the drug's direction.

Stanozolol appears to interfere with blood clotting. In some medical conditions, however, anticlotting action can be useful; for example, stanozolol has benefited persons suffering from conditions like thrombophlebitis, a painful blockage of veins caused by the buildup of clotlike material.

Researchers running a mice experiment looked for evidence that the drug promoted aggression but found none.

Drug interactions. Medical observers have noted instances in which the drug interacts badly with the anti-blood clot medicine warfarin, with patients experiencing too much anticlotting action.

Cancer. The drug is suspected of causing human liver cancer. Tests of liver function are recommended for patients receiving this drug, lest they develop cancer or other serious problems that are difficult to treat after overt symptoms appear.

Pregnancy. The drug is suspected of reducing fertility. Stanozolol has masculinized female rat fetuses and is believed to harm human fetal development.

Helfman, T., and V. Falanga. "Stanozolol as a Novel Therapeutic Agent in Dermatology." Journal of the American Academy of Dermatology 33 (1995): 254-58. Hosegood, J.L., and A.J. Franks. "Response of Human Skeletal Muscle to the Anabolic 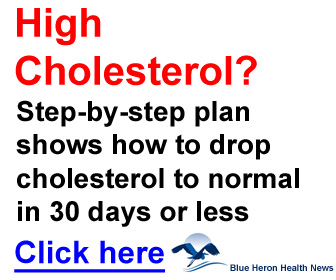 Natural Relief from Headaches and Migraines, Natural Remedies For Angioedema, Dentists, How to Boost Your Good Cholesterol, What Is the Best Diet or Strategy to Reduce Weight, Nuts Help Lower Bad Cholesterol