Uses. This compound became available in the 1950s. Standard medical uses in males include treatment for delayed puberty and underdeveloped male organs. Experiments demonstrate that fluoxymesterone can improve the growth, weight, and social interactions of boys having slow physical maturation. Compared to some other anabolic steroids, this drug has less tendency to promote masculine body signs (facial hair, deeper voice) in girls, and fluox-ymesterone has been used to nurture increased height in girls. The drug can be administered to treat female sexual dysfunction.

In women the drug is used to fight breast cancer by interfering with hormones that encourage the disease. Research has found fluoxymesterone effective in reducing a cancer called myeloma and for counteracting anemia caused by myeloma. Mixed results have occurred when using the drug for correcting anemia associated with kidney failure. The substance has been a treatment for osteoporosis, a condition in which bones become susceptible to easy breakage, and for hereditary angioedema—an affliction that may involve throat swelling that interferes with breathing.

Although anabolic steroids have potential for preventing young users from achieving expected adult height, with fluoxymesterone that outcome does not occur among females suffering from Turner's syndrome (the expected adult height in persons with this condition, however, is already short). Several studies tracking boys using the drug under close medical supervision found adult height to be normal.

A research team studied effects on normal males who received doses three times a day for a three-month period. Little impact could be detected, although a few unwanted effects such as headaches occurred. Perhaps the most notable reported change was a 30% drop in triglyceride levels; excessive triglycerides are associated with heart attack and stroke.

Drawbacks. Another study using normal men measured a drop in their testosterone levels, an unsurprising finding as fluoxymesterone is supposed to replace testosterone. Extended usage may interfere with male sexual function and fertility. General unwanted actions have included acne, itching, dizziness, nausea, vomiting, yellowish tinge to body color (an indication of jaundice), constipation, and frequent urination. Fluid retention can cause swelling. The drug may interfere with blood clotting and may reduce the amount of insulin needed by diabetics. The compound also can be harmful to a person who suffers from porphyria, an affliction that can involve violence and sensitivity to light. Fluoxymesterone can pass into a sexual partner, enough to affect that person. Because of that, barrier contraceptives are recommended for sexually active fluoxymesterone patients and their partners.

The substance is banned from athletic competitions. Scientists have not confirmed that the substance helps sport abilities, but nonetheless some bodybuilders use it. Supposedly the drug can increase strength without increasing weight, an important factor in some classes of sporting competition. Reportedly the substance promotes aggressiveness, enhancing its appeal to athletes who must physically attack opponents. Some athletic users describe the drug as unpleasant. Athletic abuse of fluoxymesterone is not necessarily limited to human competitions; concern exists that the substance may be given to racehorses.

Drug interactions. In female breast cancer patients receiving levothyroxine to boost thyroid gland activity, fluoxymesterone can interact and elevate thyroid activity too much. Experiments have administered fluoxymesterone in combination with other drugs to alter the mood of older persons exhibiting nervousness, irritation, and suspiciousness toward caregivers. One study reported no change; another reported substantial change; the difference may have involved what drugs were used in addition to fluoxymesterone, along with differing dosages.

Cancer. Laboratory tests have provided uncertain guidance on whether fluoxymesterone causes cancer. A case report mentions that two men developed prostate cancer after receiving the drug to treat impotence; cause and effect were not asserted, but the coincidence was considered important enough to merit caution. Men with prostate cancer should avoid the drug. A case report mentions liver cancer developing in a patient undergoing fluoxymes-terone therapy for over four years, but again cause and effect were not claimed. A survey examined all reported deaths from hepatic angiosarcoma, a type of liver cancer, in the United States from 1964 to 1974; from the total of 168 cases, 1 was associated with taking fluoxymesterone. Once again, however, "association" is not "cause."

Pregnancy. In humans the compound may harm fetal development of female sexual organs, introducing male characteristics. The drug is not recommended for pregnant women, but the substance has been used to control milk production. Fluoxymesterone passes into milk, and nursing mothers should avoid the drug.

Strickland, A.L. "Long-Term Results of Treatment with Low-Dose Fluoxymesterone in Constitutional Delay of Growth and Puberty and in Genetic Short Stature." Pediatrics 91 (1993): 716-20. 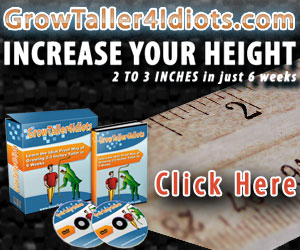